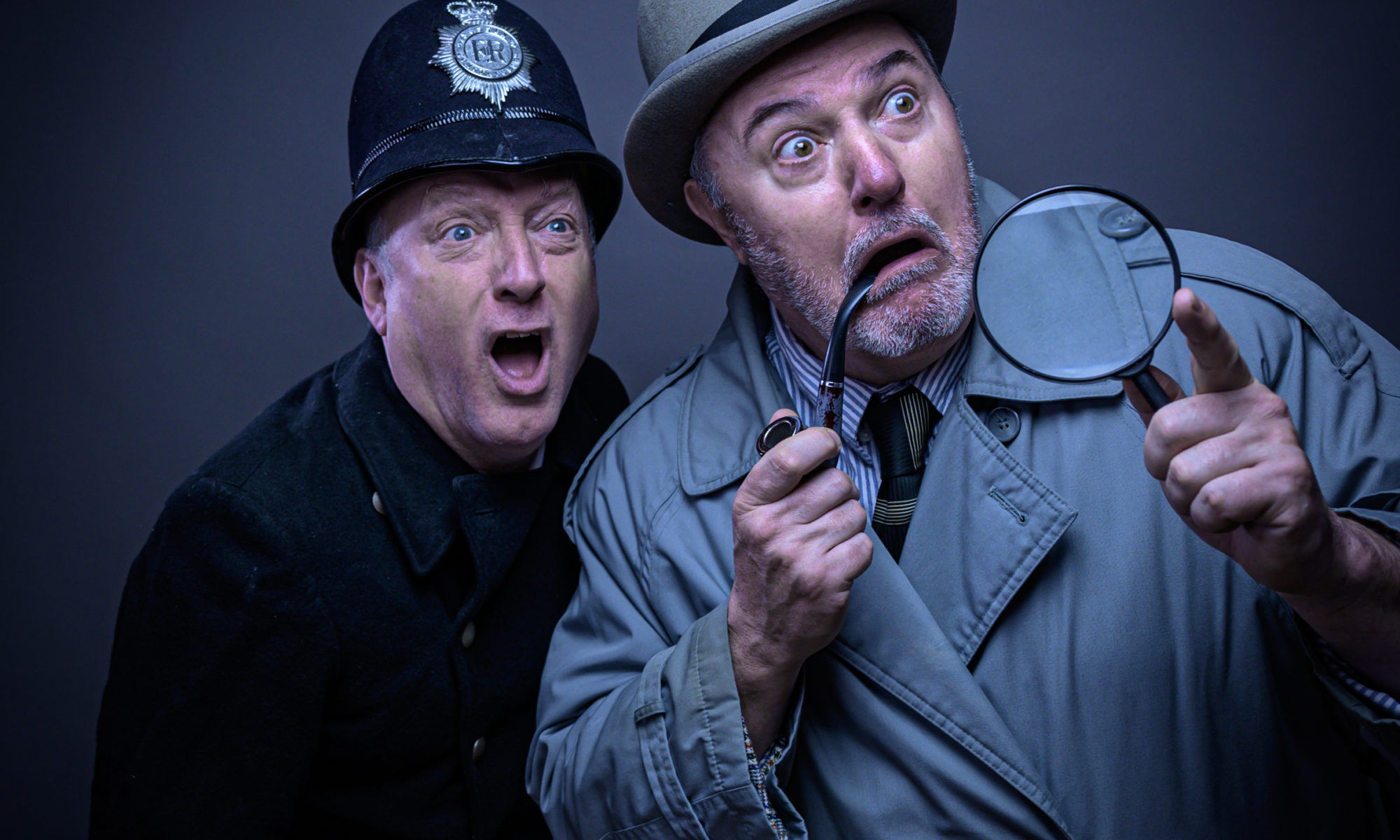 “The 39 Steps” meets Agatha Christie via Holmes and Watson! A cast of six bring a comic flurry of suspects and sleuths together to discover whodunnit, and how… Except, well… four of the cast are stuck by the side of the M6 in the van, and only those two knights of the Theatre – Sir Gavin and Sir Nicholas – have managed to get to the venue… but ‘the show must go on’… what could possibly go wrong!?

Comic clichés from the Great British Detective genre – Lords and ladies, shady servants, secrets, motives and cunning detective-work abound in this genre-busting farcical comedy from the Masters of inventive silliness! That’s if the two of them can get through the play at all without losing the plot. Literally.